In these Movie Tournaments you decide which one gets the crown of best fantasy, sci-fi or 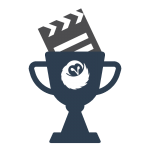 horror movie. Each tournament has one of these genres and a decade (eg. 2000’s Fantasy), then you can vote in 8 versus matches and watch which go to the next phase. Votes open again and this repeats until we have a winner. There are more famous/good movies than 16 for each decade, so tournaments with the same setting will happen more than once. At least until there is no major one left out. In the end we will make a big tournament with the winners only. This is a Facebook exclusive content, so make sure to follow us there.

For now, there’s a new tournament every two months. Round one starts on the first day of each month, and you’ll get an announcement about the genre and decade some days before its beginning.

How does the draw work?

All the movies which will be facing each other have their following. Although the majority are publicly and/or critically acclaimed, hidden gems or obscure ones may appear. They are randomly picked and placed in the tournament grid. You choose which one qualifies to the last tournament of each decade and genre.

When there is no more major/relevant movies to compete in each category, a big last tournament will happen to crown the best of the best. The winner of each tournament qualified directly, while the other 3 which reach the semifinals go to the eliminatoires: