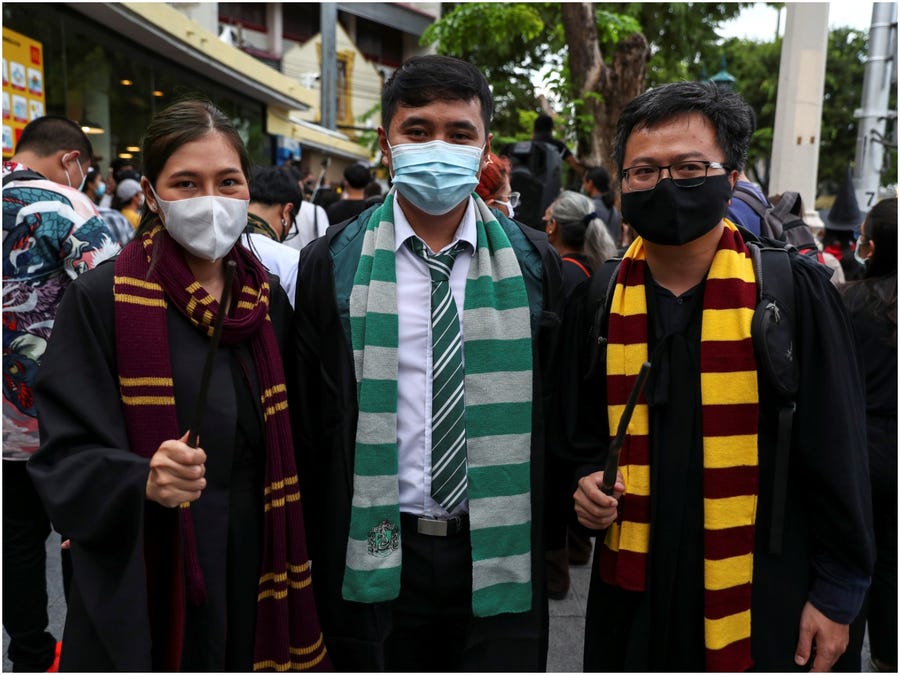 Thailand is ruled under a constitutional monarchy, which means there’s a Royal Family but also a Prime-Minister and a National Assembly. Presently, young people protest the military hold that grips democracy in the country, while also condemning what’s called a crime of “lèse-majesté”. This expression, in french, can be translated as “harm to Majesty” and, in effect, means that Thai people considered to offend the Royal Family can be sentenced to up to 15 years in prison.

Last Monday the protest was Harry Potter themed and featured scarfs, wands and all sorts of magical apparel. They protested “He-Who-Must-Not-Be-Named” and found that “bringing democracy to Thailand shouldn’t be wizardry”. Lawyer Anon Nampa had this to say: “Talking about this is not an act to topple the monarchy, but to allow the monarchy to exist in Thai society in the right way and legitimately under a democratic and a constitutional monarchy.”

We find government ruling is too often inspired by Mr Fudge and Professor Umbridge, which is tragic.

Best of luck to the Thai people, particularly those brave enough to fight the forces of darkness. 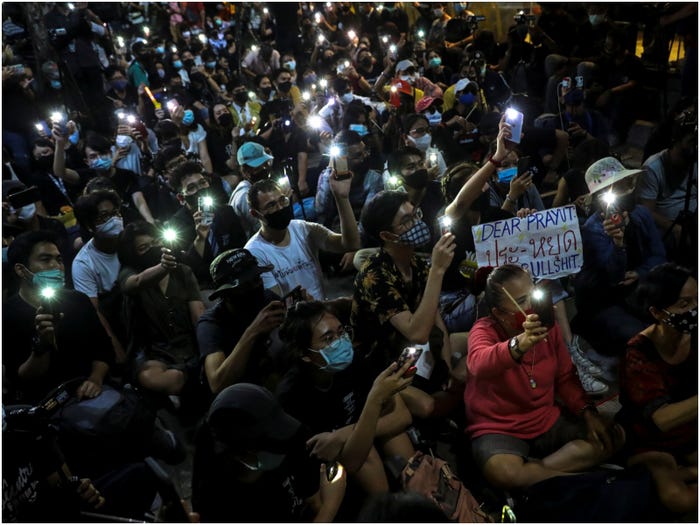