Home Nests Misc The Office and Harry Potter: the crossover you didn’t know you needed

We all know Harry Potter is amazing, but what you may not know is that “The Office” writers thought so as well. There are many instances in which our beloved characters from Scranton pander to the audience through the book series.
Here’s a few of our favorites.

In episode “The fire” Dwight can’t decide which Harry Potter book he would take to a desert island. The decision is between Philosopher’s Stone and Prisoner of Azkaban.

Prison Mike was a character that Michael Scott came up with in “The Convict” to prove that working in the office was better than being locked up. Prison Mike says the worst thing about prison was the Dementors.

“Beach Games” brought us a set of dares for the ages. Dwight named his team Gryffindor and Jim retaliated with team Voldemort. Yikes Jim!

In episode “Money”, Jim and Pam spend the night at a B&B owned by Dwight. Sounds like a terrible idea, but they get the host to read them Harry Potter before bed.

Kelly is another character all up to date with pop culture references. In “Stress Relief” she lists people she’d rather make out with than Michael, and the Dark Lord himself makes the cut. 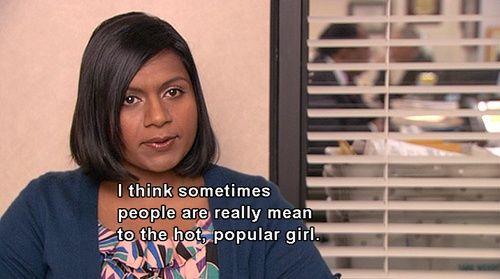